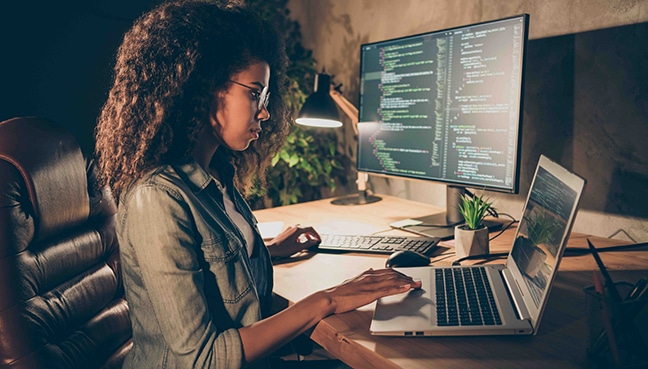 So you have this great discovery and auditing tool called Open-AudIT and you also have an amazing monitoring tool called NMIS. How can you automatically take your discovered devices and have NMIS monitor them…and why would you want to?

With version 4.2.0 of Open-AudIT, we have re-implemented Integrations in an extremely easy-to-use yet extremely configurable way.

Why wouldn’t you want the ability to automatically monitor select device types (for example) as they come online? You can set up a scheduled Integration and automatically include all discovered routers and switches.

Let that sink in for a moment.

Automatically monitor devices without having to set them up individually in your monitoring solution. From discovery to monitoring automatically, on your terms.

No double handling of information between systems is required.

Discover it in Open-AudIT, monitor it in NMIS – seamlessly.

How does it work?

The list of devices may actually be empty on either side. We can restrict the device list on either side based on device attributes. We can select attributes to be stored – even if they don’t exist in Open-AudIT. NMIS and Open-AudIT don’t even need to be on the same server. There is so much flexibility!

But with great flexibility, comes (potentially) great complexity. This is an area we are particularly proud of. We’ve kept the creation of an Integration as easy as possible. At its most simple level, if NMIS and Open-AudIT are installed on the same server, you can click a ‘create’ button and everything is automatically done for you. You don’t need to supply any information. We’ve chosen sensible defaults and the Integration just works.

On the other end of the scale, you might have NMIS running on Debian and Open-AudIT running on Windows. You might wish to only integrate devices that are routers. You might even have some fields in NMIS that don’t exist in Open-AudIT, – but you wish to track and be able to edit them in Open-AudIT which then updates NMIS. It’s all completely achievable with just a few clicks.

More than the simple integration above, – but still very easy to accomplish.

No code to write, just a simple-to-use web interface. Oh, – and there is also the JSON RESTful based Open-AudIT API as well.

Now let’s back up a little bit and set the scene. You’ve been using Open-AudIT for a while and have discovered some devices on your network. You have working credentials for these devices and can see their configuration. You may have computers, switches, printers, routers, firewalls, etc.

How can we easily send some of these devices to NMIS for monitoring?
When you create an Integration in Open-AudIT, by default we include all discovered devices that have working SNMP credentials. However,  you might not want every device integrated with NMIS. Some of your servers, for example, may use SNMP – but you don’t need NMIS monitoring them. Integration has a section to select which devices to include from Open-AudIT. Every device is defaulted to have its “manage_in_nmis” attribute set to “y”. There is also a rule in Open-AudIT that sets this attribute if we talk to the device using SNMP.

But in this example, we don’t want every SNMP talking device, we only want our routers in NMIS.

What if I want the SNMP Community string to be defined in NMIS, not Open-AudIT?
An Integration contains a list of the fields used by both systems (NMIS and Open-AudIT). Each field has a flag that defines its ‘priority’. This can be set to either NMIS or Open-AudIT (actually stored as external or internal). Just select NMIS for the priority for the NMIS → configuration. community field and if this value is changed in NMIS, the next time the Integration is run Open-AudIT will be updated.

How can I automatically run the Integration?
Integrations can be scheduled within Open-AudIT just like discoveries, queries, baselines, et al. You can choose to run an Integration on whatever time frame you choose.

What if I’m an NMIS user, have just installed Open-AudIT, and don’t have any devices in it?
Simply run the default Integration. Your NMIS devices will be sent to Open-AudIT and discovered automatically. Open-AudIT stores more information about the make-up of a device, as opposed to NMIS’s performance data. When you run an Integration; Open-AudIT has the device’s IP and the device’s credentials.  You can then run a discovery and retrieve everything Open-AudIT can.

Again – this is configurable. You might not wish to run a discovery on the device – that’s up to you! To enable or disable a discovery is a single attribute. Click, done!

Making it Happen
As usual, the Open-AudIT wiki has all the technical details you should need. Check the Integrations page and if you still have questions, please do ask in the Community Forums.