Getting on The Front Foot Is Simple With Open-AudIT 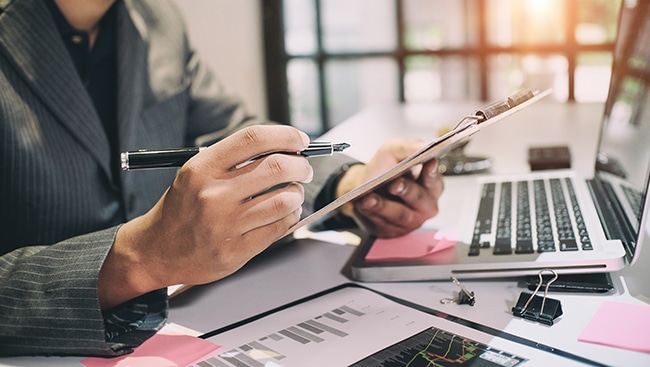 Before implementing Open-AudIT in his organisation, Software and hardware audits were a loathed activity for Neil and his IT Team.  The company was growing fast and undergoing a lot of mergers and acquisitions (M&A) – great for the bottom line but a nightmare for the IT team who were responsible for keeping track of the Hardware and Software assets owned by the business.

Every year the team would break out the excel spreadsheets that held the asset register to review the age, warranty status and software licenses and versions for all of the devices in the company. Every year there were gaps, anomalies and errors in record keeping that required manual rectification, diverting resources away from customer and product support, until the audit was complete. This often resulted in unexpected licensing costs where usage of software had been under-budgeted in the organisation.

Auditors were the enemy – until Neil stumbled upon a recommendation for a great tool, that would discover and audit everything on a corporate network – turning auditing visits, from an interrogation of records into an exploration of data.

Neil got started on the free version and soon discovered that there were some substantial benefits to having a real-time asset register like Open-AudIT, especially when the team transitioned away from fire-fighting and started becoming more proactive.

He found that he was able to better support his help desk team, who could now quickly identify any device and it’s hardware and software components through customisable dashboards, aiding in quicker resolution of IT issues.

His security team were also impressed, with security vulnerabilities such as file permission changes and unexpected new files were summarised in a scheduled report, helping the team to mitigate risks in a time-bound manner.

The increased visibility into hardware and software, allowed the IT department to save money on their software licenses because they could see at a glance where they were oversubscribed for a product and could negotiate better contracts as the demand for software in the growing company increased.

Auditors were also impressed to see that software assets that were being licensed and hosted from cloud servers like Amazon and Azure were also viewable and reportable from within the application, giving a complete view of the full extent of software assets deployed across the business.

If you would like to understand more about how to work with your auditors to increase performance and reduce costs within your IT team, get in touch with one of our engineers today.  We offer 30 days of free support to anyone trialling Open-AudIT Professional or Enterprise.