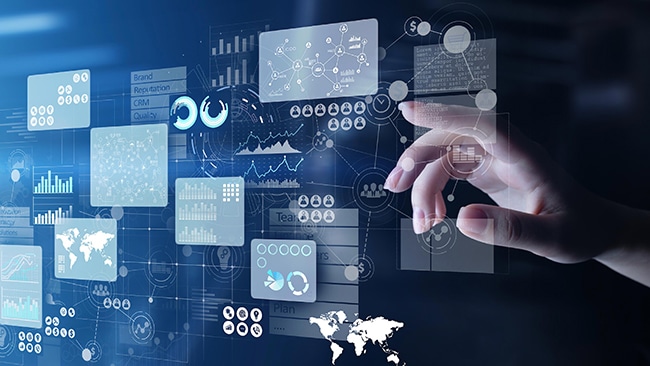 Why the major version bump?

Well our underlying build infrastructure and libraries have changed in an incompatible way.

This new version is not able to be installed with older Opmantek applications that are designed to talk to NMIS8, hence the major version number increase to 4.0.0.

Wait – my applications won’t work, what?

Unfortunately this is a breaking change. If you are using other Opmantek applications on the same server, you will need to upgrade them all at the same time, including upgrading to NMIS9.

A new license will be required if you have a perpetual license. Subscription licenses are unaffected. Contact Opmantek if you require a new license.

Application wise, what has changed for me?

Not much really. Most of the changes are behind the scenes. Having said that, there are a few minor front end changes, as detailed in the Release Notes for Open-AudIT v4.0.0.

We have disabled Open-AudIT – NMIS integration for the moment. This is one component that we have to rework in order to be compatible. This is coming ASAP. We have implemented the ability to import and export to and from NMIS as below (all available using the GUI, see Manage → Devices → Import from NMIS). What we don’t have is the ability to sync between NMIS and Open-AudIT.

No, but maybe you should migrate. That will depend on if you are using NMIS on the same machine (hence Windows users will be unaffected). If you’re not using NMIS (or any other Opmantek applications) on the same server, migrate away! If you are using NMIS on the same server as Open-AudIT, to get to version 4.0.0 you will need to be running NMIS9 and any associated and migrated Opmantek products (opCharts, opReports, et al). If you migrate any Opmantek applications for NMIS9, you will need to migrate them all. We do encourage users to migrate to version 4.x as soon as you can (bearing in mind the NMIS9 requirements).

How do I migrate (and why is this different to an upgrade)?

Our installer will not allow you to upgrade from 3.x to 4.x on Linux. This is in part because when you change to 4.x, you must uplift all other Opmantek applications and we want to make sure you knowingly choose to do so. So, how do you do this? It’s actually very easy. Stop the OMKD daemon, move the /usr/local/omk folder out of the way, and start the 4.x installer. NOTE – If you have NMIS 8 installed, but only Open-AudIT, DO NOT UPGRADE, it will break. Again – NMIS 9 only (at least for now).

After doing the above, if Open-AudIT doesn’t acknowledge you have a license, copy the encrypted string from /usr/local/omk.old/conf/opLicense.nmis and paste into the text field at /omk/opLicense (use the Enter a License Key button).

On Windows, there is nothing to do, just run the installer.

What about Windows users?

Windows users are essentially unaffected. Opmantek does not release or support any other products for Windows. Our plan is to get a Windows release out ASAP. This will also be version 4.0.0.

What will happen to us version 3.x users?

We plan to focus development going forward on the 4.x series, so that’s where major new features will be introduced. We won’t completely forget version 3.x users though. Any important bug fixes, minor GUI improvements or security issues will be back-ported.