The Differences Between Nodes & Elements 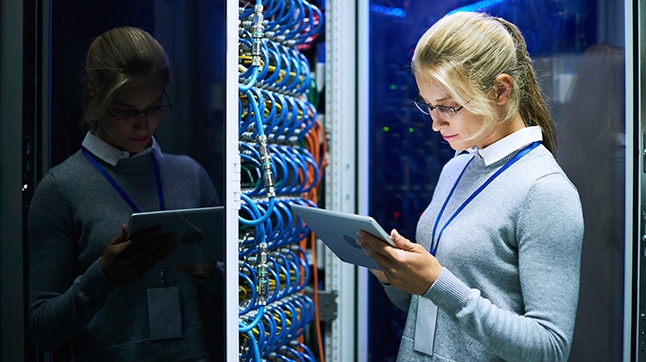 Many customers come to us and talk about elements and are confused when we talk about nodes, so let’s dive in and see the difference.

A node is a logical device such as a PC, Server, Switch, Router, IoT Device, Firewall as so forth. A virtualised server or network device would be a node and the physical host it runs on would be another node.

Each node will have items that you want to monitor. CPU, Memory, Disk, Interface, to name a few.  At Opmantek we call these elements, and big nodes have a small number of elements, but big servers and routers have many elements.

Most network management software companies also refer to these as elements.

It is likely that with each node you monitor, it is sensible to report on that node further than just whether it is up or down. You need to know more about your network infrastructure beyond whether devices are up or down. You will want to measure and instrument for thresholds such as Utilisations, Throughput, Errors, Statuses and so forth. Opmantek CTO Keith Sinclair talks about that here:

Let us look at how elements are counted:

Say you have a 48 port switch. You want to monitor the device for whether it is online, Interfaces (up/down), CPU, and Memory (RAM).

Let us look at monitoring the same items as a node count:

48 Interface contained in a node

1 Device up/down contained in a node

1 CPU contained in a node

1 Memory contained in a node

At Opmantek we license our products by node not by element. Based on the examples above, using our 100 node license for your switches would be a 5100 element license with some companies.
Also, consider that the instrumentation that you may decide to set up is also included within that node.  Other companies consider QoS, IPSLA and other types of instrumentation to be additional elements.
So there’s the difference between nodes and elements. It demonstrates how much further a node licence goes when compared to an element licence.
If you would like to see our software in action, request a one to one demonstration with our staff. It is a no-obligation demo with no hard sales push. We just want you to know what we can do, and the quickest way is to show you.