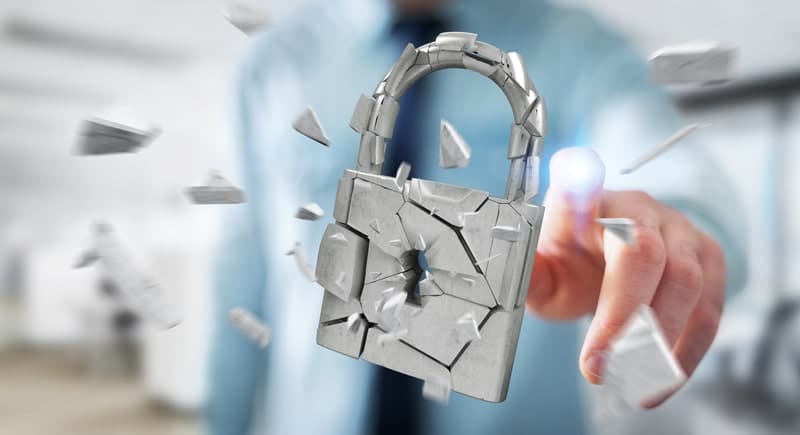 Data breaches can happen for a variety of reasons. Some companies are hacked. Data can be mishandled or sold to third parties. Holes in a website’s security system can leave information unprotected. Some data breaches are deliberate, while others can occur as a result of outdated or unpatched software. Regardless, the consequences of a breach are usually costly for any business.

2018 proved to be another eventful year for cybercrime, with a number of news-worthy data breaches impacting organisations around the globe. Some of these affected hundreds of millions of customers and users.

Here are three of the major incidents that made headlines:

2.   Facebook
Cambridge Analytica – a data-collecting firm – illegally harvested the information of an estimated 87 million users without their permission. The operation was politically motivated – namely, to influence the 2016 US presidential campaign. While the breach occurred a couple of years ago, investigatory conclusions only emerged in 2018, giving us a clearer picture of what happened.

3.   Marriott
Marriott’s Starwood reservation database was breached by an unauthorised party, affecting up to 500 million guests who had booked at one of its Starwood properties. Around 327 million of these guests had some combination of the following information stolen: name, address, phone number, email address, passport number, Starwood Preferred Guest account information, date of birth, gender, arrival and departure information, reservation date, and communication preferences. Some credit card information was also leaked, but card numbers were encrypted.

As technology continues to advance, the need to evolve cyber security strategies is as prevalent as ever. Examining the shortcomings that lead to high-profile cyber breaches can teach us some valuable lessons.

FirstWave can help your organisation bolster its cyber security posture and stay ahead of zero-day attacks. Learn more about our Cloud Email Security.