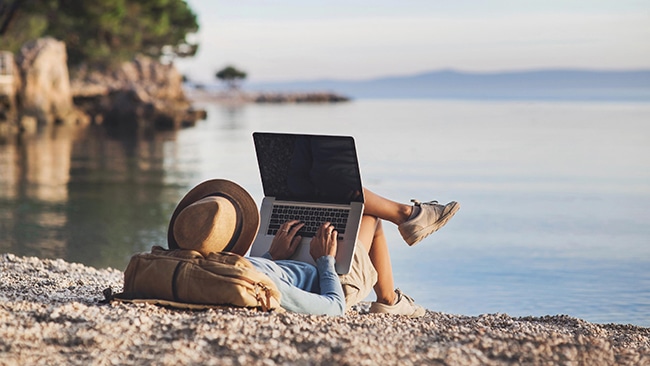 Quietly, somewhere in an office downtown, bearings designed to last for 25k hours have been running non-stop for over forty-three-thousand. The fan was cheaply made by machine from components sourced over several years across a dozen providers. It sat boxed for weeks before it was installed in the router chassis, which itself was boxed-up. Two months at sea, packed tight in a shipping container, then more months bounced around and shuffled from truck to warehouse, and back to a parcel delivery. Finally, the device was configured, boxed and shipped to its final installation point. Stuffed into a too tight closet with no air circulation this mission critical router been running non-stop for the past five-years. It’s a miracle really that it worked this long.

Fan speed was the first thing to be affected by the bearing failure.

Building friction on the fan’s impeller shaft caused the amperage draw to increase to compensate and maintain rotational speed. When the amperage draw maxed out, rotations per minute (RPM) dropped. With the slower fan speed came less airflow, with lower airflow the chassis temperature increased.

Complex devices, like routers, require low operating temperatures. The cooler it is, the easier it is for electrons to move. As the chassis temperature increased the router experienced issues processing the data packets traversing the interfaces. At first it was an error here or there, then routine traffic routing ran into problems and the router began discarding packets. From there things got much worse.

It’s late Saturday evening and your weekend has been restful so far. A night out with your significant other, a movie and dinner. It’s late now and you’re ready for bed when your phone chirps. The text message is short;

A fan went bad, what’s next?

The system had responded as you would – it rerouted traffic off the affected interface preventing a possible impact to system operation. Adding a note to your calendar to investigate the router first thing Monday morning you turned in for a good night’s sleep.

Our Senior Engineer in Asia-PAC, Nick Day, likes to refer to Opmantek’s solutions as “engineer sleep insurance”. Coming from a background in managed service providers I can appreciate the situation. Equipment always breaks on your vacation time, often when the on-call engineer is as far away as possible, and with little useful information from the NMS. This was a prime scenario we used when building out our Operational Process Automation (OPA) solution.

Leveraging the combined ability of opTrend to identify operational parameters outside of trended norms, opEvents correlates events and automates remediation. With the addition of opConfig configuration changes to network devices are then able to be automated. Operational Process Automation (OPA) builds on this statistical analysis and rules-based heuristics, to automate troubleshooting and remediation of network events. This in turn reduces the negative impact on user experience.

Now let’s see how this was accomplished using the above example. At its roots opTrend is a statistical analysis engine. opTrend collects performance data from NMIS, Opmantek’s fault and performance system and determines what is normal operation. Looking back over several weeks, usually twenty-six, opTrend determines what is normal for each parameter it processes. It does this hour by hour, considering each day of the week individually. So, Monday morning 9-10am has its own calculation, which is separate from 3-4pm Saturday afternoon. By looking across several weeks opTrend can normalize things like holidays and vacation time.

Once a mean for each parameter is determined opTrend then calculates a statistical deviation for the parameter and creates a window of three standard deviations above and below the mean. Any activity above or below these windows triggers an opTrend event into NMIS. These events can be in addition to those generated by NMIS’s Thresholding and Alert system, or in place of.

In the example above, opTrend would have seen the chassis temperature exceed the normal window of operation. Had fan speed and/or amperage also been processed by opTrend (it is not by default but can be configured to be if desired) these would have reported as a low fan speed, and high amperage).

This event from opTrend would have been sent to NMIS, then shared with opEvents for processing. A set of rules, or Event Actions, looked for events that could be caused by high temperature; often related to interface packet errors or discards. With wireless devices (WiFi and RF) this may affect signal strength and connection speed. A similar result could be handled using a Correlation Rule, which would group multiple events across a window of time into a new parent event. Both methods are relevant and have their own pros and cons.

opEvents now uses the high temperature / high discards event to start a troubleshooting routine. This may include directing opConfig to connect to the device via SSH and execute CLI commands to collect additional troubleshooting information. The result of these commands can have their own operational life – being evaluated for error conditions, firing off new events and themselves starting Event Actions.

This is an example of what we would consider a medium complexity automation. It is comprised of several Opmantek solutions, each configured (most automatically) to work together. These seven solutions share and process fault and performance information, correlate resulting events, apply a single set of event actions to gather additional information and configure around the event. When applying solution automations, we advocate a crawl-walk-run methodology where you start by collecting troubleshooting information (crawl), then automate simple single-step remediations (walk), then slowly deploy multi-path remediations with control points (run).

Contact our team of experts here if you would like to know about how this solution was developed, or how Operational Process Automation can be leveraged to save on manhours and reduce Mean Time to Resolve (MTTR).